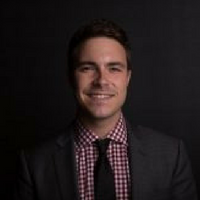 Bo Dietrick, a graduate of Purdue University in December 2011 with degrees in Business and Film, became a proud employee of ExactTarget (now Salesforce). During his Fellowship, ExactTarget was acquired by Salesforce, which changed Bo’s network to include not only his ExactTarget coworkers but also a new set of colleagues at Salesforce.

As a Fellow, Bo was able to excel in his position at ExactTarget, while further developing his skills in film and video production. He created media for the Fellowship, including a new recruitment video. The experience he gained producing this for the Fellowship, along with the network he built both with Fellows and his coworkers, eventually led him to his position as a Producer/Director at Think Ahead Studios, a local production studio. Bo now works with his father in the family business, Robert Dietrick Company. Of his time in Orr Fellowship, Bo said he “developed as a person in a way that allows me to approach what I do now in the creative industry with open eyes, an open mind, and an open heart.”

Bo found Orr Fellowship to be a great transition from college life to the adult world from a mental and social standpoint. In the Fellowship, Bo said, “no one is going to tell you what to do, but if you are proactive, you have the opportunity to take on valuable side projects and build an extensive network in Indianapolis. It’s a great environment in which to communicate with your peers and chip in on all different types of endeavors.”

Check out our podcast interview with Bo here: